JOIN OUR TELEGRAM CHANNEL NOW
Click to join
Click to join our WhatsApp group
Whatsapp group
The Federal Government, today has extended the linking of SIM cards with the National Identity Number, NIN registration, by eight weeks according to report.


Subscribers, who hadn’t link their NIN to sim cards, would have had their lines blocked on Feb 9, being the initial deadline for them to link their SIMs to their National Identity Number, NIN. 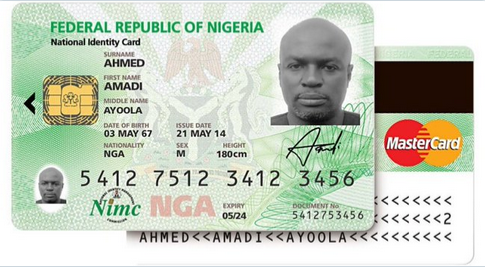 Earlier in Dec 2020, the Federal Government declared that after December 30, 2020, all SIMs that were not registered with valid NINs on the network of telecommunications companies would be blocked. It later extended the deadline following widespread opposition against the earlier announcement and gave three weeks’ extension for subscribers with NIN from December 30, 2020, to January 19, 2021.

It may still be extended considering the fact that a large proportion of the populace are yet to enroll for NIMC, not because they don’t want to but because the crowd in each allocated centers are unbearable.
JOIN OUR TELEGRAM CHANNEL NOW
Click to join
You must log in or register to reply here.
Share:
Facebook Twitter Reddit Pinterest Tumblr WhatsApp Email Link
Top